When is a blog not a blog?…

Questions, questions! The other day I thought it seemed a long time since I’d written a blog, & then I realised…It had been a long time since I wrote a blog! TWO YEARS AGO!! Yes, a whole two years! What had I been doing all this time? Cogitating? Vegetating? Speculating? Thinking? (there are lots of other ‘ings’ I could include here, but I’ll stop while I’ve still got your attention – if indeed, I’ve got it at all? Hello, is anyone there?….). To prove I have been doing something, below is a draft blog started last year when I was writing a song (entitled ‘I Like Nothing’), that prompted thoughts about the past but never completed/posted. Incidentally, I have been busy writing, recording, mixing my 2nd album., LO-TECH MUSIC FOR HI-TECH PEOPLE, available here, there & everywhere, including my humble little website. Please contact me if you’d like a copy – & at only £5:00, how can you resist? (Photo below.) 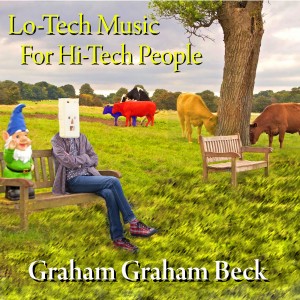 Is Nostalgia a thing of the past?

When I was at art college, many moons ago, we were constantly told to surround ourselves with our likes/passions/past/roots – the things that made us tick. My particular inspirations at the time were the seaside & monster magazines. The idea was to collect & build an archive that said a lot about the individual – what we were, where we’d come from & what helped to shape our work. It was basically, our source material. Over the (many) years, this idea of storing stuff has become part of me, that & the idea of what links us to the past.

A lot of my songs are about memories. I keep diaries to help retain those memories, but do today’s ‘younger generation’ (& I’m already starting to feel old by writing that!) manage to collect moments & momentos in the same way, especially with instant communication & social networks – which are permanent, yet volatile.

MP3s & other media sound files are all very well, but they are not associated with memories (i.e. where were they bought from – like a location), as they’re all ‘virtual. The ‘sounds’ are just collected, & usually in a random order – unlike record albums/CDs that are built up over weeks, months & years, & carefully selected to make up a library of different bands/genres etc. They all mean something to the owner. My first CD player (which, surprise, surprise, I still have, & is in good working order) had a ‘Random Selection’ button on it, that immediately gave you the album in a disconcerting order. I thought at the time, why mess around with something that’s been carefully put together in the studio, selecting tracks that follow-on from each other? Would I buy a painting, cut it up & then reassemble it on my living room wall? I don’t think so.

‘Young people’ have grown up not knowing ‘the album’, the idea of a concept, so they will very rarely play an entire album that follows through an idea, a theme, a direction. All MP3 collections are like the ‘sampler albums’ from years ago, only much more disjointed – but they’re not thought through, so the tracks don’t really sit together very well….If at all! Of course, MP3s can get ‘lost’, as they are not tangible objects (only the MP3 player is). You can’t hold an audio file, & it doesn’t have a front or back cover – certainly no images. There is also the important ‘tactile experience’ of physically handling the product (lovely LP’s for instance, that have to be lifted onto a record deck, & then turned over at the end of side one! Ooohhhh, lovely!). I might be ‘old school’,  but I know which format I’d prefer. Give me a 3-D object any day.